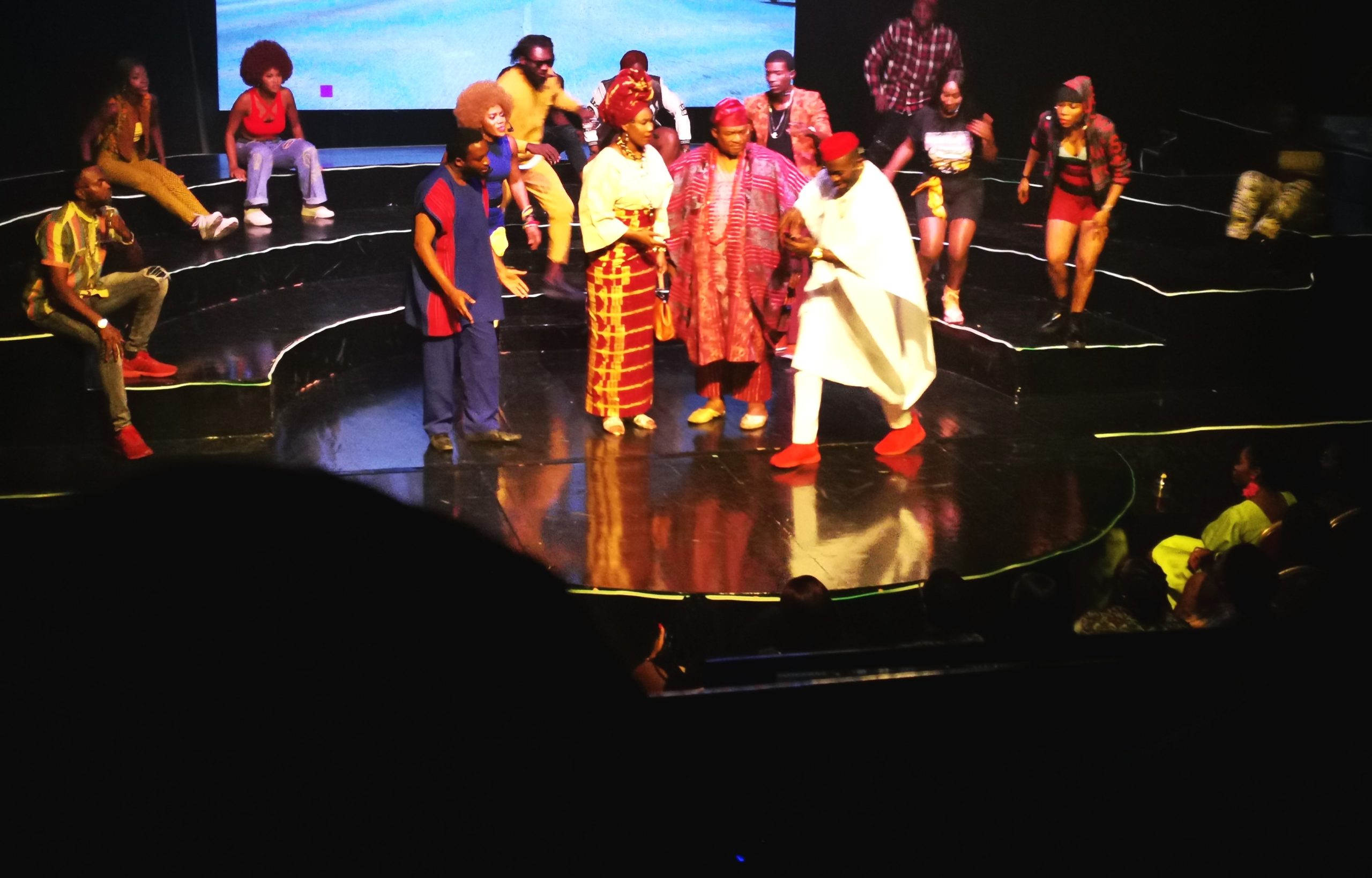 In a year that saw many brilliant plays debut nationwide, a sleeper hit crosses over into the New Year as it proves to be the nationalistic extravaganza you didn’t realize you needed in your Nigerian life.

When director Bolanle Austen-Peters began to do PR rounds for her newest production, it was clear audiences were in for a treat. But what was not so obvious then was just how much of a treat ‘Motherland: The Musical’ would be. An energetic and sometimes emotional rollercoaster, it had all the elements for an engaging show. After experiencing the play itself, I can comfortably list out five solid reasons why every Nigerian – heck, every lover of contemporary theater – should experience this production at least once.

It chronicles many crucial aspects of Nigeria as a nation and Nigerians as a people. Loaded with metaphorical jabs, it deftly tackles a myriad of themes and issues from the combined menace of military and civilian rule, to ethnic bigotry and gross lack of understanding between people of different backgrounds. It also taps deeply into current events in a smart, sublime way, immediately appealing to a wide spectrum of viewers.

It highlights how much stronger our nation would be if we understood ourselves better, and also the fact that it is told against the backdrop of a powerful love story.

While a weaving of past events and current ones ensures power and freshness, the story’s secret weapons – yes, it has two – has got to be that it highlights how much stronger our nation would be if we understood ourselves better, and also the fact that it is told against the backdrop of a powerful love story.

Two of the main characters, Chinedu and Hassana, have their story told from when they were in their youth, and in their later years by two sets of actors. Another major character, the charismatic Prince Shalom Mohammed, was masterfully cast in the person of one of the biggest Nigerian movie stars, Deyemi Okanlawon, who effortlessly commanded the stage every time he was on it singing, dancing, or simply portraying the character with the presence he is famous for.

Deyemi Okanlawon effortlessly commanded the stage every time he was on it singing, dancing, or simply portraying the character with the presence he is famous for.

Stellar performances were also dished by Francis Onwochei, Tosin Adeyemi, both representing the ‘old generation’ middle-class Nigerians taking flak dished out by youths, and the rest of the cast gelled brilliantly. Case in point: Hector Amiwero and Temi Otedola knocked it out of the park, as did Uzo Osimpka, Bamike Olawunmi-Adenibuyan, Yewande Osamein, Onyinye Odokoro, Timi Charles Fadipe, and others. The mixture of stars and up-and-coming talent proved to be a potent mix.

Being a musical, it would only make sense also to take a good look or listen to the sonic component of ‘Motherland: The Musical’. The mood is set in a most compelling way just as potently by original compositions as with re-mixed contemporary hits that are so well-curated that the audience reaction is almost tangible. From joy to anger, to the realization of social ills and injustice, the music of the play flows through the dance routines and performances, aiding a truly spellbinding final product.

Noteworthy is the stage and sound design, as well as the lighting, all coming together to deliver a nationalist masterpiece of Nigerian theater that should be experienced by as many people as possible.

‘Motherland: The Musical’, directed by Bolanle Austen-Peters, ran for 8 days from 23rd 2022 to January 2nd, 2023, excluding breaks. A few days after it debuted at Terra Kulture on Victoria Island, Lagos, tickets were sold out. There are unconfirmed reports that the play might stage a comeback during Easter this year.