Daniel Kaluuya will not be reprising his role in Marvel and Disney’s “Black Panther: Wakanda Forever,” Variety has confirmed. He played W’Kabi in 2018’s ‘Black Panther’, the best friend and confidant to T’Challa (Chadwick Boseman), and the head of security for the Border Tribe.

Sources close to the project tell Variety that Kaluuya was asked to return, but had already committed to star in Jordan Peele’s upcoming horror film ‘Nope’. Kaluuya was Oscar-nominated for his starring role in Peele’s 2017 hit ‘Get Out’.

Production on ‘Wakanda Forever’, directed by Ryan Coogler, wrapped in March, and the film is set to debut on Nov. 11. Following the death of Boseman in 2020, Marvel decided not to recast the role of T’Challa. The sequel will instead explore other characters from the world of ‘Black Panther’, while also honoring the legacy Boseman left behind.

Though it had been confirmed that original film stars Lupita Nyong’o, Danai Gurira, Martin Freeman, Letitia Wright, Winston Duke and Angela Bassett would return, Kaluuya’s status in the second film had been unclear until now. ‘Wakanda Forever’ also stars Dominique Thorne as a genius inventor, as well as Michaela Coel and Tenoch Huerta in undisclosed roles.

Kaluuya is currently gearing up for the release of ‘Nope’ on July 22. The sci-fi horror film stars Kaluuya alongside Keke Palmer and Steven Yeun, and follows the residents of an isolated town who witness a mysterious event involving a UFO and set out to investigate it. 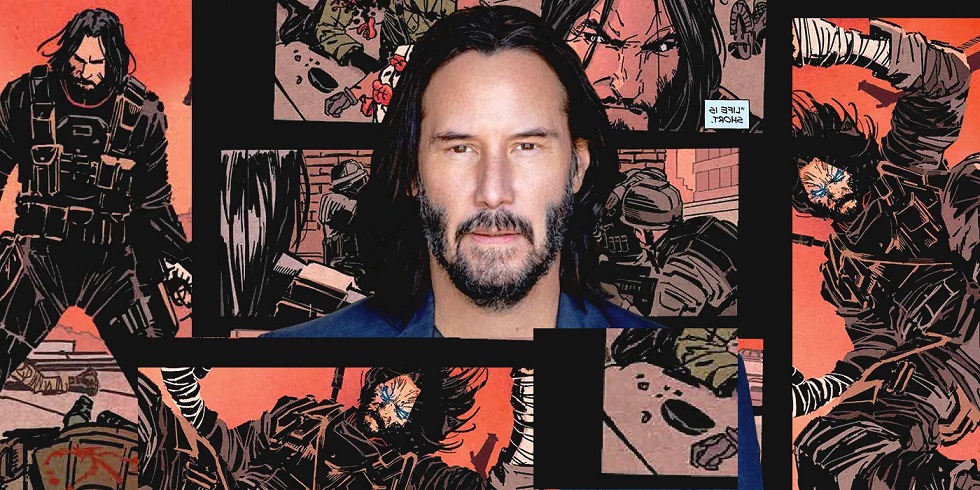 According to a report on Collider, Keanu Reeves is the latest addition to the cast of ‘Ballerina’, an upcoming spinoff film that is set in the same universe as the John Wick films. The actor will reprise his role as assassin John Wick, which originated in the 2014 film. His casting comes shortly after Ian McShane was confirmed to be returning as Winston, the manager of The Continental Hotel, for ‘Ballerina’. It is currently unknown how the two John Wick characters will factor into the spinoff’s plot and how large their roles will be in the film.

Ana de Armas will lead the cast of ‘Ballerina’, with the talented actor portraying a young female assassin seeking revenge against the people who murdered her family. Len Wiseman will direct the upcoming spinoff film, which was first teased in the 2019 film ‘John Wick: Chapter 3 – Parabellum’ through Anjelica Huston’s character ‘The Director’, the head of the Ruska Roma crime syndicate who oversees a program that trains young male wrestlers to be assassins and young ballet dancers to be femme fatales. It is unknown at this time if Houston will return in the upcoming spinoff.

‘Ballerina’ will mark Reeves’ fifth time portraying the master assassin. Production is currently underway, but the movie does not yet have a release date. 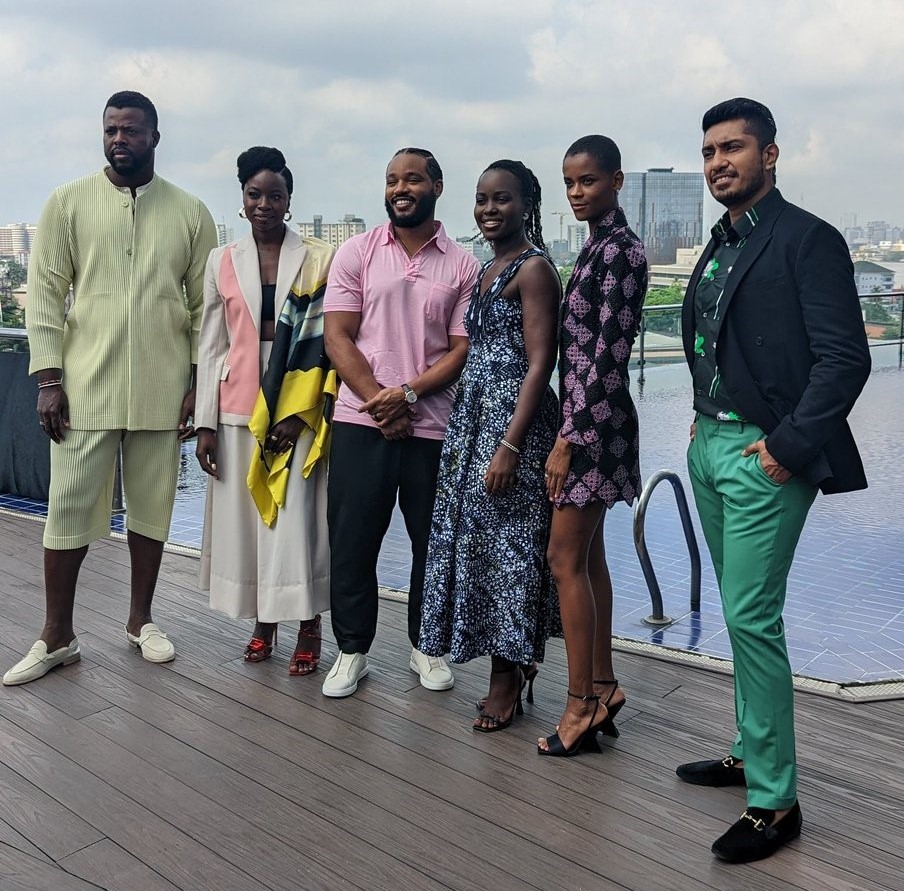 In a notable first, the latest Marvel movie, ‘Black Panther: Wakanda Forever’, premiered officially in Lagos, Nigeria over the weekend.

On November 6, Sunday evening, and days ahead of the film’s theatrical release on November 11, ‘Black Panther: Wakanda Forever’ was premiered in Lagos Nigeria. Written and directed by Ryan Coogler, who helmed the first film, it is expected to be a blockbuster just like the first film. The cast, as well as the director, visited Lagos to launch a continent-wide series of premieres, with the Nigerian one starting off as the main one.

It also kicked off continent-wide celebrations ahead of the release of ‘Black Panther: Wakanda Forever’. The film continues with the story of T’Challa, the king of the fictional African nation of Wakanda, and it stars Letitia Wright, Danai Gurira, Lupita Nyong’o, Winston Duke, Angela Bassett, Tenoch Huerta, Dominique Thorne, Michaela Coel, and Tenoch Huerta as anti-hero/villain Namor (also known as the Sub-Mariner in the comics).

There was a Sunday morning press conference with some cast and crew members at Lagos Continental Hotel. Director Coogler, who snagged an Academy Award nomination for Best Picture for the first ‘Black Panther’ movie, said Lagos has a lot of history and cultural significance for filmmakers. He also informed the ecstatic audience that he recently took a genealogy test that revealed his lineage.

Coogler said: “If you know African American history, it’s tough for us to trace our genetic lineage. So one of the things I spoke with the late Chadwick Boseman about when we first met and were getting ready to put his movie on was that he put me up on something called AfricanAncestry.com. It was specific about finding out where you have a heritage. Chad had done his own, and he explained how it is done. So when I did mine, it came back as having lineage to a part of Cameroon, but mainly Yoruba lineage. It was something that I held on to and always wanted to travel to Nigeria for that reason.”

Coogler also said while different parts of Africa influenced the film, Nigerian culture exudes a specific energy that is hard to ignore. That feeling is evident in the striking soundtrack of the film, which has Rihanna’s first song in over half-a-decade, co-written by Nigerian sensation Tems. It also features powerful songs by other Nigerian artistes like Burna Boy, Fireboy DML, Ckay, Rema, Tobe Nwigwe and Fat Nwigwe, including a cover of Bob Marley’s ‘No Woman No Cry’ by Tems.

‘Black Panther: Wakanda Forever’ is probably the most highly-anticipated film of the year, a direct sequel to 2018’s ‘Black Panther’, which starred Chadwick Boseman, who died in 2020 of Colon Cancer aged 43.

‘Wakanda Forever’ sees Queen Ramonda (Angela Bassett), Shuri (Letitia Wright), M’Baku (Winston Duke), Okoye (Danai Gurira), and the Dora Milaje fight to protect their nation from intervening world powers in the wake of King T’Challa’s death. As the Wakandans strive to embrace their next chapter, the heroes must band together with the help of Nakia (Lupita Nyong’o) and Everett Ross (Martin Freeman) to forge a new path for the kingdom. The film introduces Tenoch Huerta as Namor, king of a hidden undersea nation. 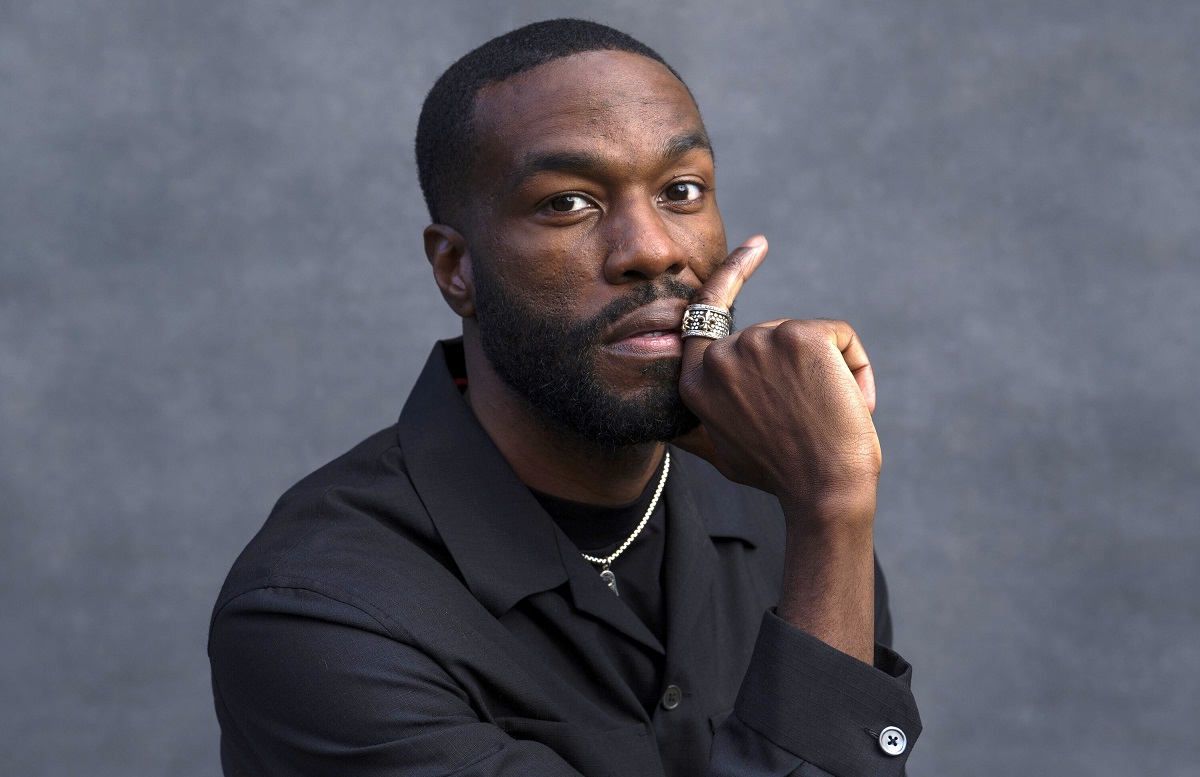 Yahya Abdul-Mateen II is set to join the Disney+ series ‘Wonder Man’ as Simon Williams, who transforms into the titular superhero. It does seem likely, though, that William’s comic history as an actor and stunt performer will come into play in the show. Marvel Studios has not yet announced a premiere date for ‘Wonder Man’, even as online cries about race-bending the character (he’s originally Caucasian in the comics) continue to louden. Race-bending of fictional characters being translated to screen has been a sore point for some fans and has recently even become a hot-button topic.

Race-bending of fictional characters being translated to screen has been a sore point for some fans and has recently even become a hot-button topic.

‘Wonder Man’ will be Abdul-Mateen’s third major comic book character, after playing the villain Black Manta in 2018’s ‘Aquaman’ and Dr. Manhattan in HBO’s 2019 series ‘Watchmen’, for which he won an Emmy. He’s already set to reprise Black Manta in ‘Aquaman and the Lost Kingdom’, currently scheduled for Christmas 2023.

Filmmaker Destin Daniel Cretton, who directed Marvel’s 2021 feature ‘Shang-Chi and the Legend of the Ten Rings’, is developing ‘Wonder Man’. He may direct as well, though he’s got a crowded schedule, as he’s set to direct 2025’s ‘Avengers: The Kang Dynasty, and he’s expected to helm the prospective (though unannounced) ‘Shang-Chi’ sequel.

In the comic books, Williams is the son of a wealthy industrialist whose company, Williams Innovations, is run out of business due to competition from Stark Industries. In desperation, Simon turns to Baron Zemo, who gives Simon superpowers and directs him to infiltrate and then betray the Avengers. Eventually, however, Simon joins the Avengers in earnest and is even a founding member of the spin-off team, the West Coast Avengers. However, it’s unclear how much or little of this storyline will make its way into the series.