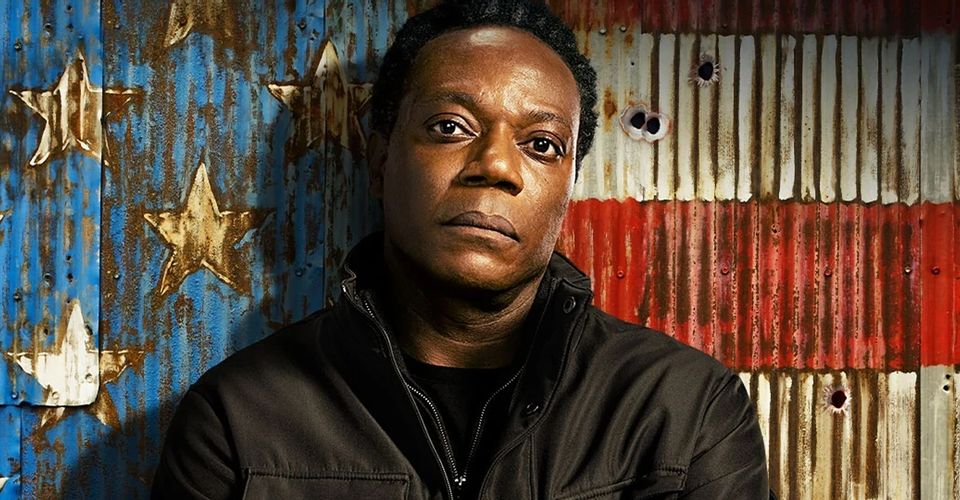 Director James Gunn confirms that Peacemaker star Chukwudi Iwuji plays a major character in Guardians of the Galaxy Vol. 3, and is doing an incredible job. In an interview with Collider, Gunn was asked to tease the in-production Guardians sequel. “It’s going great,” he explained. “Chukwudi, who plays Murn in Peacemaker, is one of the main characters in the movie and people are freaking out over how good this guy is. Literally freaking out. I think that I’m really happy.”

“I gave a bunch of scenes to Marvel right before Christmas break,” Gunn continued. “[Marvel Studios President/Marvel CCO Kevin Feige] went… They were all really, really, really stoked. But also, it’s not going to be the movie people… It’s different than what people are going to expect. It’s a hard road, but I’m really happy with it so far.”

Gunn, who called Iwuji one of the best actors he’s ever worked with, has previously hinted that Iwuji’s Guardians of the Galaxy Vol. 3 role is one that “most every big-name actor in Hollywood wanted.” This tantalizing bit of information has fuelled online speculation that Iwuji will portray major Marvel Comics characters such as the High Evolutionary, Beta Ray Bill, or even the herald of Galactus, the Silver Surfer.

Responding to the rumors in an interview with The Movie Dweeb, Iwuji said, “I saw those recently, I’ve seen that. I saw Silver Surfer, I saw Nova, I’ve seen [many]… I just can’t. For me to wrap my head around the fact that I am the subject of speculation around the Internet is kind of fun. But I have to stay mum, I can’t tell you. I’d love to.”

Iwuji currently plays Clemson Murn in Peacemaker. Murn, a stern mercenary with a shady past, is the leader of secretive Project Butterfly. Charged with handling the crude and violent Peacemaker (John Cena), who killed his previous boss, Murn’s mission is to find and eradicate the human-impersonating members of an alien conspiracy. Guardians of the Galaxy Vol. 3 is written and directed by Gunn, and slated to hit theaters May 5, 2023.