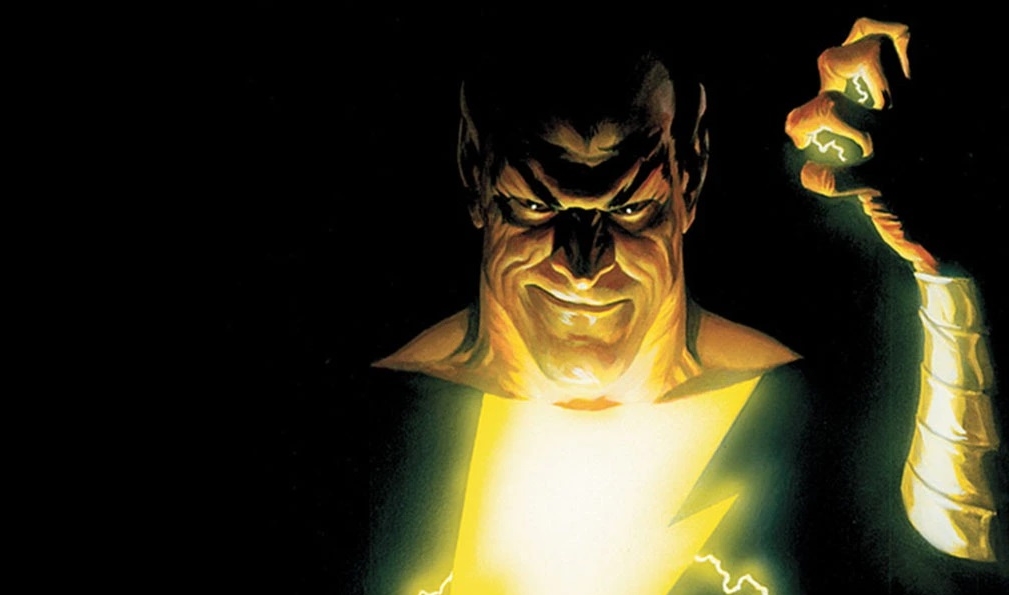 DC Comics fans are getting a closer look at Dwayne Johnson’s “Black Adam” in a new, action-packed trailer. ‘Black Adam’ stars Johnson as the powerful anti-hero and sworn nemesis of Shazam, who was played by Zachary Levi in a 2019 origin movie and in the upcoming sequel, ‘Shazam: Fury of the Gods’, coming next year. After over a decade in development, ‘Black Adam’ will be released on July 29. (Watch the trailer below)

Johnson was originally supposed to enter the DC universe as Black Adam in 2019’s ‘Shazam’, however, his role was scrapped when the spinoff for his character was green-lit in 2017.

In October of 2021, Johnson debuted a first look at the film on Twitter — which showed Black Adam breaking out of imprisonment after 5,000 years of captivity. “This character, this film, this universe has been a gigantic passion project of mine for a very long time,” said Johnson in the October video. “And the truth is, I was born to play Black Adam.”

The film will also introduce members of the Justice Society of America, an iconic group similar to the Justice League. The superhero cast includes Aldis Hodge as Hawkman, Noah Centineo as Atom Smasher, Quintessa Swindell as Cyclone, and Pierce Brosnan as Doctor Fate. The cast also includes Marwan Kenzari, James Cusati-Moyer, Bodhi Sabongui, Mo Amer, and Uli Latukefu, plus the villainous group Intergang will appear in the film. 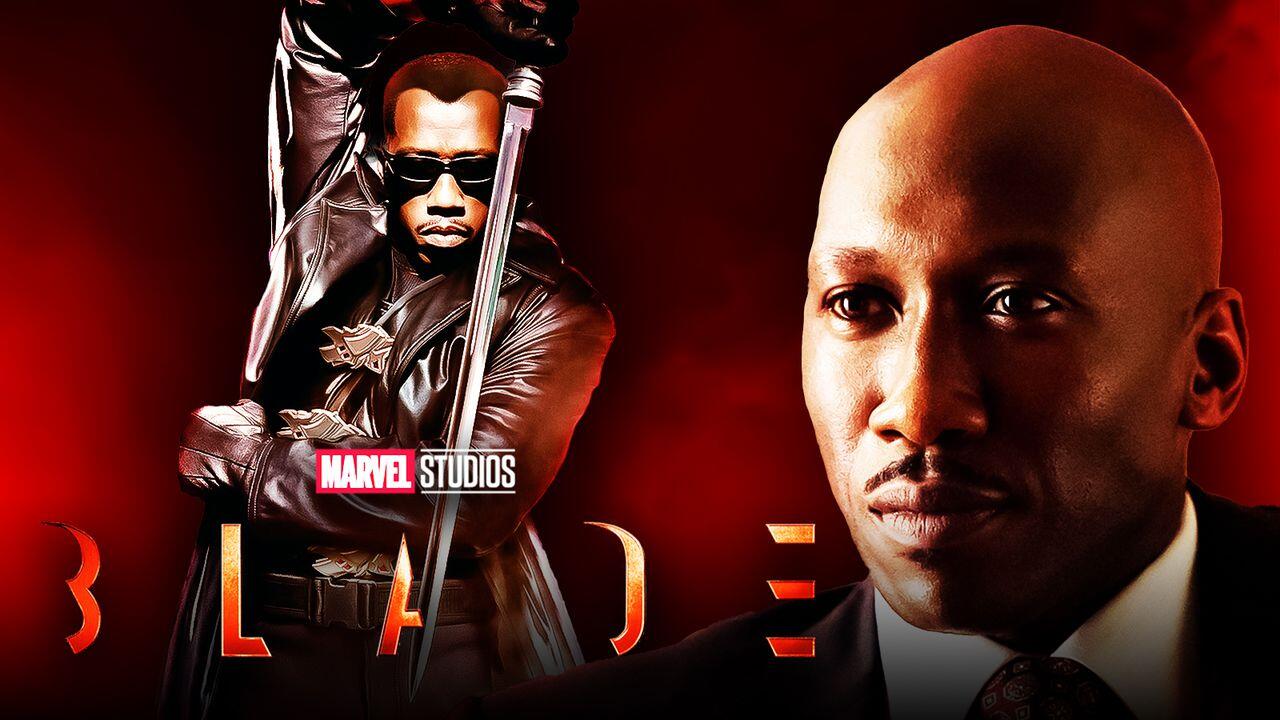 Legendary original ‘Blade’ actor Wesley Snipes says the upcoming reboot of the character doesn’t need to be R-rated to be a hit.

Wesley Snipes does not think that Marvel Studios’ upcoming reboot of the character needs to be R-rated. Having starred in three movies as the titular vampire hunter in New Line Cinema’s ‘Blade’ trilogy, he in an interview with ComicBook.com gave his thoughts on why the upcoming film can be good regardless of its rating. “I think those kinds of stories lend themselves to a wide range of dialogue and situations. Both adult and young adult,” he said.

“I don’t know, it seems like the R-rating and PG-13 base is sliding now because it seems that now the 13-year-olds can speak better words than the adults can. As long as it’s true and organic to the subject matter, the plot, and the world that’s created. If there’s consistency, I think it’s fine [to be PG-13].”

Directed by Stephen Norrington, the 1998 film starred Snipes as Eric Brooks, a “daywalker” who has dedicated his life to hunting evil vampires. Although the film received a mixed reception from critics, ‘Blade’ has developed a devoted fanbase who grew to love Snipes’ version of the Marvel character.

Even Mahershala Ali, who will portray the MCU’s version of Blade, has admitted that Snipes will be a tough act to follow. “What I look forward to is earning it,” Ali said back in November. “I look forward to earning… You know, there’s an anticipation for it, there’s an excitement for it that he owns — that Mr. Snipes owns, you know? And so, in filling his shoes… I’m just working to earn my place in this… I’m just excited to get going and do the work.”

Unlike the original trilogy’s movies, which were all R-rated, the Marvel Studios film is set to be PG-13. Since the franchise began with 2008’s ‘Iron Man’, every film in the MCU has been given a PG-13 rating in the United States, making the lack of an R-rating for Ali’s film frustrating to many fans.

Marvel Studios hasn’t announced a release date for the ‘Blade’ reboot yet. 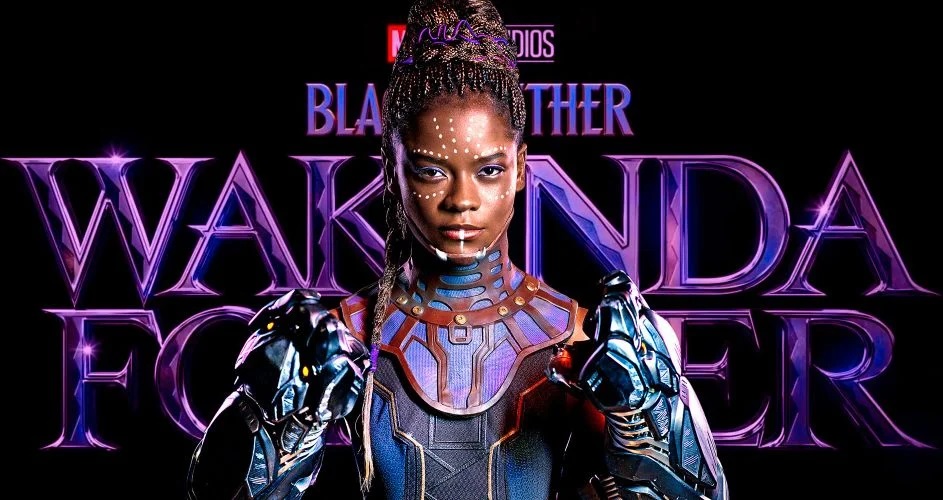 Not much is known about Marvel’s upcoming ‘Black Panther: Wakanda Forever’, but that hasn’t stopped vibranium-powered rumour mills to spin frenetically over the sequel to the enormous hit of a first movie. Letitia Wright became a Marvel star with her performance in ‘Black Panther’ as Shuri, sister of T’Challa (titular hero played by Chadwick Boseman), and is rumoured to be taking up the mantle as the sequel’s eponymous superhero. Even if that’s not the case, Wright will certainly have a larger part in the next film.

After the tragic death of star Chadwick Boseman in August 2020 after a private battle with colon cancer, various members of the ‘Black Panther’ team have spoken about honouring his legacy in the sequel. However, fans are divided over the decision of his role of T’Challa not being recast, or digitally re-created.

The road to the sequel’s release has not been without headlines for Wright, who suffered an on-set injury and was the subject of a damaging report alleging that she was sharing anti-vaccine sentiments on the Atlanta production and that her refusal to get vaccinated was posing problems for Marvel. She denied that she was touting an anti-vax position on the set, calling the report “about my conduct” on the set “completely untrue.”

In an interview, Wright said the ‘Black Panther’ team faced “a lot of circumstances” and “difficult situations,” but that she is excited for fans to see how the sequel will honour Boseman’s legacy. Speaking on Sunday evening at Kering’s Women in Motion dinner at the Cannes Film Festival, Wright teased ‘Black Panther 2’ and spoke about what she learned throughout the pandemic, though did not address and was not asked about her vaccination stance.

“It is an incredible honour for Chadwick Boseman, it’s jam packed with exciting stuff,” Wright said. “We honoured him by committing ourselves to the story that he started, the legacy that he started with this franchise,” Wright continued. “And we just committed every day to working hard, no matter what circumstances we faced — and we faced a lot of circumstances, a lot of difficult situations — but we came together as a team, and we poured everything into this movie, so I’m excited for you to see it.”

Amber Heard claims that Warner Bros. “didn’t want to include me” in the upcoming ‘Aquaman’ sequel due to the fallout of her divorce from Johnny Depp. The actor said during her defamation trial against Depp that she was “actively scheduling timing for filming” the second ‘Aquaman’ movie until Depp’s team called her a liar regarding her abuse claims against Depp. Heard said that “communications” about the sequel “stopped at that point.”

Heard stars as Mera in several comic book films from Warner Bros. and DC Entertainment. She debuted as the character in ‘Justice League’ in what she called “a three-picture option.” The second film was ‘Aquaman’, in which she had a more co-lead role opposite Jason Momoa and for which she earned $1 million. Heard said she earned twice as much for ‘Aquaman 2’, the third film in her contract, but also said that he role in the film was “a very pared-down version.”

“I was given a script and then given new versions of the script that had taken away scenes that had action in it, that depicted my character and another character, without giving any spoilers away, two characters fighting with one another, and they basically took a bunch out of my role,” Heard said. “They just removed a bunch out.”

Reports surfaced earlier this year that Head only appears in about 10 minutes of the sequel, which is officially titled ‘Aquaman and the Lost Kingdom’. James Wan returns to the direct the film after earning solid reviews for 2018’s ‘Aquaman’, which earned over $1 billion worldwide. Joining Momoa and Heard in the sequel are Willem Dafoe, Patrick Wilson, Dolph Lundgren, Yahya Abdul-Mateen II, Temuera Morrison and Nicole Kidman.

‘Aquaman and the Lost Kingdom’ is scheduled to be released on March 17, 2023.

The brilliance of ‘Blackouts’, Chike Emembo’s first solo exhibition in a decade