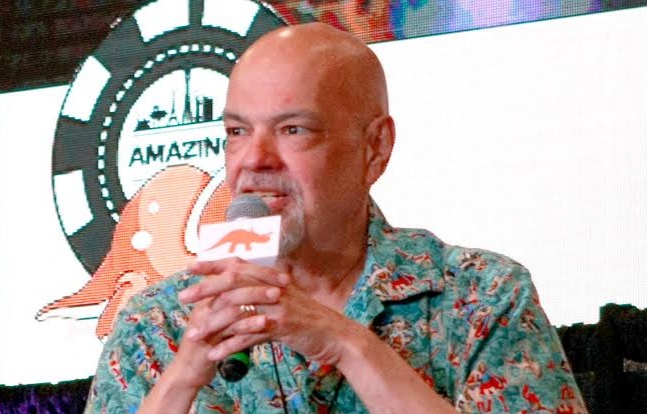 #SeunSays: Why Bane’s role In Knightfall saga may be overstated 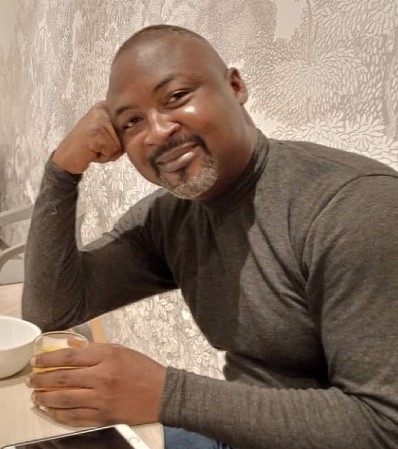 Ayodele Elegba created Lagos Comic Convention, the fastest-growing annual gathering of geeks in the country, and this year will see the event hitting a milestone as it marks its tenth year on Saturday, Sept. 17. He spoke to us about his enthusiasm that this year’s will be the biggest and best show they’ve ever given fans, as well as many other points. He spoke to Abdulkareem Baba Aminu, and herewith are excerpts:

GeekAfrique: For Lagos Comic Convention 2022, what will you be doing differently?

Ayodele Elegba: This year is like a rebirth for us. After the COVID pandemic, we saw a decline in events and socializing. It was a scary situation, and we never thought we would be back again. We are grateful that geeks from all over Nigeria came together last year, even if masked, but with the same hyper-enthusiasm. This year, we have been able to secure a title sponsor in Raptures, a comic book app that hopes to change the way comics are perceived in Africa. We also have secured sponsorship for our zones as well, something we have been trying to achieve for a while now. Also, the French Consulate’s kind sponsorship continues this year.

This year, for the first time, the entire event will be ticketed and we have made this decision because our goal is to make the event self-sustaining, and we can give the fans the opportunity to finally support the event and say ‘thank you’ for the 10 years we have organized the event for free. This year we will be announcing the DreamMakers Award for individuals and organizations who have contributed immensely to the growth of comic books in Nigeria.

Of course, we are back at the Landmark Event Centre, and we will be bringing back all the juicy activities the fans are used to seeing, like cosplay, panel discussions, screenings of exclusive clips from films and animation, and exhibitors selling their comic books and merch. It’s been ten years, and we are poised to welcome over 10,000 guests this year

GeekAfrique: Since you began the event, what has been the single most difficult goal for you to crush?

Elegba: I think the most difficult has been to make big corporates see the comic convention for what it is. Many of them are used to musical concerts and reality shows and will not put money into what they still perceive as kids’ stuff. We’re still working hard to change that perspective and get big money companies to support and sponsor.

In the past, I would clear my account to pay for the event. But over time we have seen the event now able to mostly sustain itself based on sponsorship, vendors, and ticketing. This year we are grateful for all the numerous exhibitors and sponsors who have joined us this year to make it a reality.

GeekAfrique: You’ve kept at it for a decade now. What has kept you going on?

Elegba: I guess the dream has kept me going. You know, the image of a future where African comic books will become a household name, and adapted into movies, games or animation. Also, the dream of the average young person making money from talent, as well as that of animation studios springing up all over the country, and big-name streamers courting them. This dream keeps me awake every night, and I am glad of the growth we have seen in the creative space since Lagos Comic Convention began.

GeekAfrique: How much of a presence will animation have this year, as RENDACON has been created to take care of that?

Elegba: Animation will always have a special place at Lagos Comic Convention. This year will not be an exception, as we have studios like Spoof! Animation coming to premiere its latest project at the event. With our partnership with FilmOne, it means animated films and shorts will be screened on actual cinema screens this year. We had actually begun to see a growth in animation content at the convention a few years ago. More and more animation studios and storytellers were springing up, and we didn’t have enough room to actually do justice to them all. so we established RENDACON (Radical Exhibition of New and Dynamic Animated Content). We will be having the second edition in November, and we hope to bring a lot of speakers and trainers to discuss topics that will help growth in the animation space.

“It’s tough (laughter), especially when you have some very juicy scoops. Even now I am privileged to some government announcements that will be made at the event, but I am not permitted to say.”

GeekAfrique: Participating creators and companies no doubt share secret projects with you during planning. How do you summon enough willpower to keep those secrets?

Elegba: It’s tough (laughter), especially when you have some very juicy scoops. Even now I am privileged to some government announcements that will be made at the event, but I am not permitted to say. I keep my mouth shut because I don’t want to spoil the surprise(s). I think it’s more fulfilling to see rather than be told, and this is why fans need to attend physically and experience all the great stuff for themselves.

GeekAfrique: Your own comic book company has been rather quiet regarding actual publishing of books. Why is that?

Elegba: We just wanted to re-evaluate our business model and look at other ways of succeeding at printed copies. The animation side of the business is doing quite well and it’s almost impossible to make comics at the same time too.  But we will be making some announcements at the convention, so fans should watch out.

QeekAfrique: If you could have one celebrity grace the Lagos Comic Convention, which one would it be?

Elegba: I would love to have Idris Elba over, to come to talk about his experience working with James Gunn on the Suicide Squad movie, his Heimdall role, and to just hang out with fellow geeks and soak up the awesome Lagos energy. It’s always a pleasure seeing a black man representing very well in comic book movies. 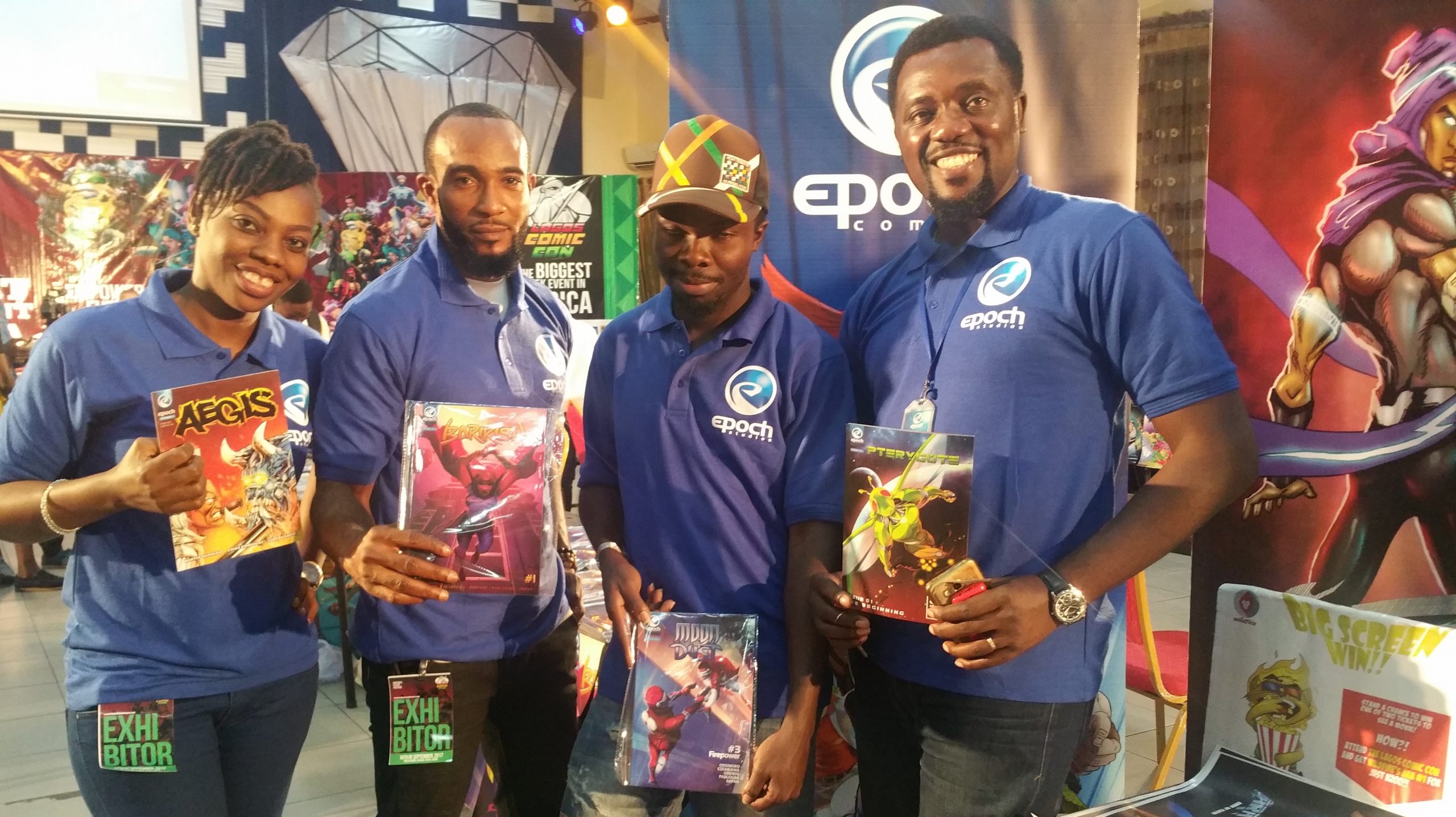 The founder of the Lagos Comic Convention took to Facebook to share a brand-new logo for the yearly pop culture event, revealing the date as well.

Ayodele Elegba, founder and director of the Lagos Comic Convention, wrote on Facebook that when he began the event in 2012, all he had was a dream that one day, comic artists in Nigeria would be able to break into the international market, working for major players and giants like Marvel and DC. “My dream has since come true, and the [attendance of the] event has grown from just 300 to 7,000 in 2021. This year, we are going even bigger,” he wrote.

Elegba also added: “Ladies and gentlemen, I present to you the official 2022 logo for Lagos Comic Convention 2022,” as an image of the new logo accompanied the post.

A subsequent post also revealed the date to be the 17th of September, 2022. It also teased 200 guest speakers, facilitators, and exhibitors. The post added: “Comics, Animation, Film, Books and Games all coming together at the Landmark Centre in Oniru, Victoria Island, Lagos.”

You can snag tickets HERE, with lower prices offered for early bird purchases and registration. GeekAfrique will be there and will dish out detailed reports, photos, and videos.

Why I left Marvel Comics, by ex-boss Joe Quesada 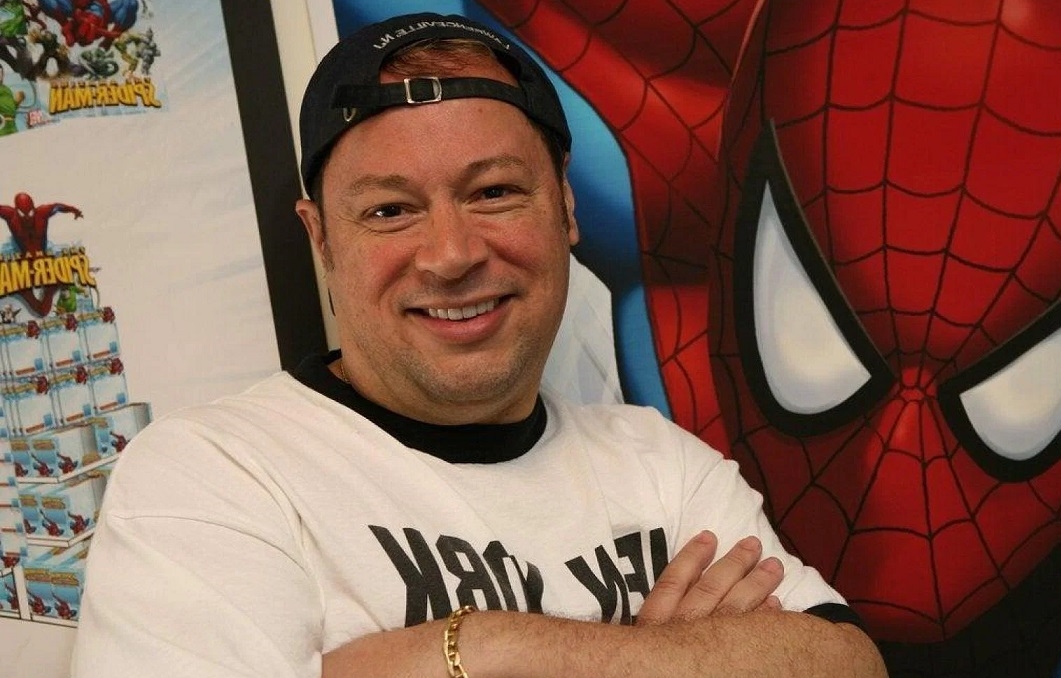 Joe Quesada, Marvel’s former chief creative officer, recently announced his departure from the publishing company and has teased new independent projects. On his Twitter handle, he posted: “When I first jumped into the world of comics, my goal was to create my own characters, stories, and universes. Then, one day Marvel made me an offer that changed the trajectory of my life. But lately, I’ve found myself thinking more and more of my favorite stanza from T.S. Eliot’s Little Gidding, ‘We shall not cease from exploration/And the end of all our exploring / Will be to arrive where we started/And know the place for the first time’.

The post continued: “That’s why it’s both exciting and bittersweet that after discussions with both my family and my family at Marvel, after two plus decades (has it really been that long?), the time has come for me to move on. As you can imagine, my love for the company, its characters, and all my co-workers runs deep, but I have an exciting new chapter that’s about to begin, so the time feels right.”

”My love for [Marvel], its characters, and all my co-workers runs deep, but I have an exciting new chapter that’s about to begin, so the time feels right.”

Quesada became an editor of Marvel Comics’ Marvel Knights line in 1998 before being promoted to editor-in-chief in 2000. “Marvel entrusted me with the keys to the Universe, and has been my biggest supporter ever since,” he said.

Quesada added that he has had the great fortune to stand on the shoulders of giants, and he ensured fans that while he’s stepping away from Marvel, he’s not leaving the comics industry any time soon. “I won’t ever be too far away, cheering my Marvel family on and contributing from time to time, including something I’m thrilled about for later this year. I also have several insanely cool projects of my own that you’ll be hearing about in the coming months, including a short indie film I’m writing and directing. Stay tuned!”

Quesada also expressed pride at what he called Marvel’s ‘rags-to-riches story’, and satisfaction that he accomplished the job he was hired to do twenty-two years ago. He was named chief creative officer of Marvel Entertainment in 2010, a role that had him ensure all portrayals of Marvel characters were accurate and in line with Marvel lore. His position shifted to executive vice president and creative director for Marvel Entertainment in 2019 when Marvel named Kevin Feige as chief creative officer of Marvel.