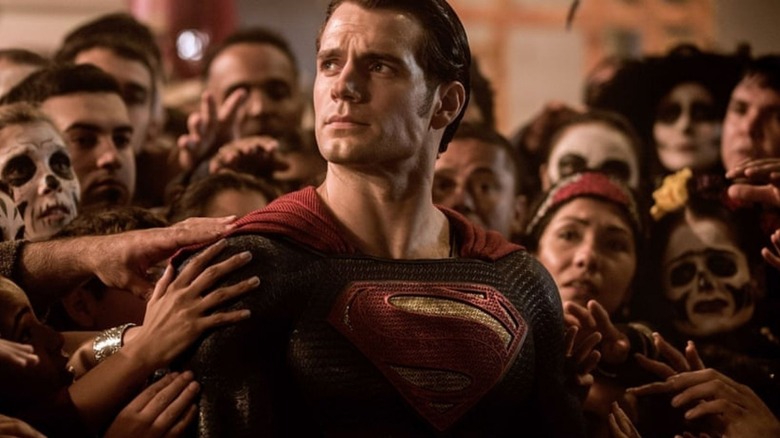 Henry Cavill confirms that his time as the DCU’s Clark Kent/Superman is over, taking to Instagram to explain his abrupt departure as the Man of Steel. The actor has confirmed that he will not be returning as Clark Kent/Superman for the new DC Universe that is being spearheaded by DC Studios heads James Gunn and Peter Safran, announcing the news in a post shared on his Instagram account. “I have just had a meeting with James Gunn and Peter Safran and it’s sad news, everyone. I will, after all, not be returning as Superman. After being told by the studio to announce my return back in October, prior to their hire, this news isn’t the easiest, but that’s life,” he wrote.

“The changing of the guard is something that happens. I respect that. James and Peter have a universe to build. I wish them and all involved with the new universe the best of luck, and the happiest of fortunes.”

Cavill continued, “For those who have been by my side through the years…..we can mourn for a bit, but then we must remember…. Superman is still around. Everything he stands for still exists, and the examples he sets for us are still there! My turn to wear the cape has passed, but what Superman stands for never will. It’s been a fun ride with you all, onwards and upwards.”

Although Cavill is not part of Gunn and Safran’s initial plans for the DCU, Superman certainly is, with Gunn announcing on Twitter that a new Superman film is in the works. The project will one of the first to be developed under the new leadership and will center on “an earlier part of Superman’s life.” Gunn will reportedly pen the script. No cast or director is attached at this time.

While Cavill’s time as the Big Blue Boy Scout has come to an anti-climatic close, Gunn has hinted that the actor could return to the DCU down the road. “[W]e just had a great meeting with Henry and we’re big fans and we talked about a number of exciting possibilities to work together in the future,” he teased.

Cavill first starred as Clark Kent/Kal-El/Superman in Zack Snyder’s Man of Steel (2013), returning as the character for 2016’s Batman v Superman: Dawn of Justice and 2017’s Justice League. After a lengthy hiatus from the role, Cavill returned as the Man of Steel earlier this year for Black Adam’s mid-credits scene, acting opposite Dwayne Johnson’s titular anti-hero. A sequel to Man of Steel was reported to be in early development at Warner Bros. in October 2022 but has since been scrapped following Gunn and Safran’s hiring.