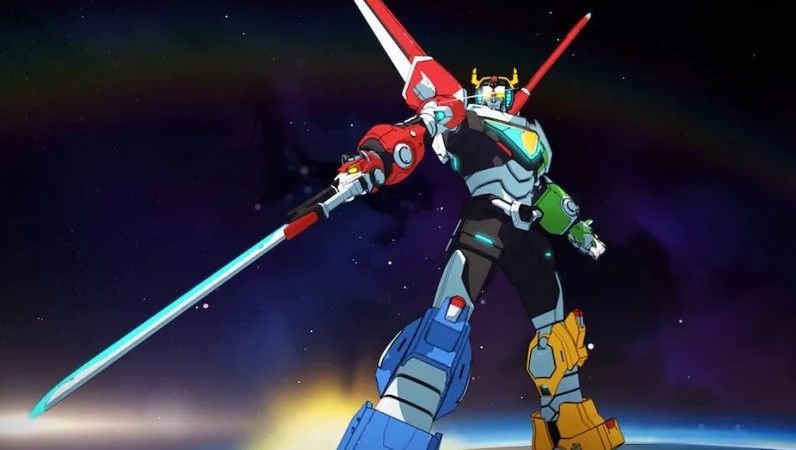 A new report has revealed that the beloved cartoon series is being assembled for fans, with the director of a Netflix hit movie attached to direct.

Per a report on Variety, fans of ‘Voltron’ should break out the bubbly. For decades, Hollywood has tried and failed to bring the massive robot mecha ‘Voltron’ for a live-action adaptation of the beloved 1980s animated TV series. But now, ‘Red Notice’ director Rawson Marshall Thurber hopes he’ll be the one to bring the robot lion arms, legs, and head together.

Thurber is attached to direct and co-write the adaptation in a package that is currently fielding offers from multiple studios.

It was also a massively popular TV staple in Nigerian households, with weekly viewings forming mini-events in themselves back then.

Although the original ‘Voltron’ only ran from 1984 to 1985, it captivated young audiences with its story of a team of five people who fight the forces of evil in giant robotic lions that link together to form the even bigger titular robot warrior. It was also a massively popular TV staple in Nigerian households, with weekly viewings forming mini-events in themselves back then.

The series was very loosely adapted from the Japanese sci-fi series ‘Beast King GoLion’ (and then later from ‘Armored Fleet Dairugger XV’, which involved 15 vehicles instead of five). The show was revived three times, in 1998 for syndication, 2011 for Nicktoons, and 2016 for Netflix.

Several attempts to mount live-action ‘Voltron’ movies in the 2000s and 2010s came to naught, including efforts by Pharrell Williams. It may also not be Thurber’s next project; he’s also set to make back-to-back sequels to ‘Red Notice’, which according to Netflix, is the streamer’s most-watched original movie ever.

Will Smith apologizes to Chris Rock for Oscars slap